Mapping the homeland: We are proud of you (?_?)
Solo exhibition of PHUAN THAI MENG at Valentine Willie Fine Art Singapore
2 - 23 December 2011 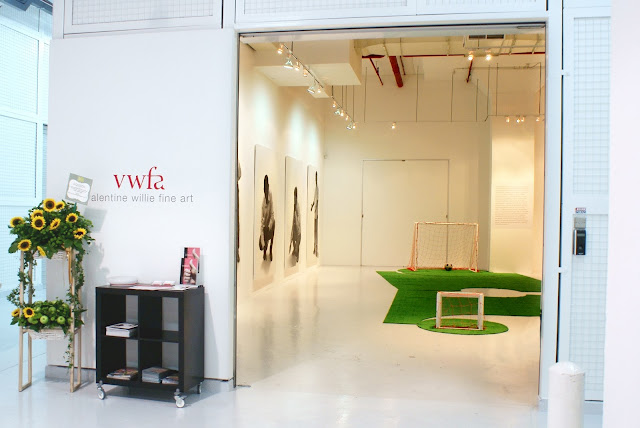 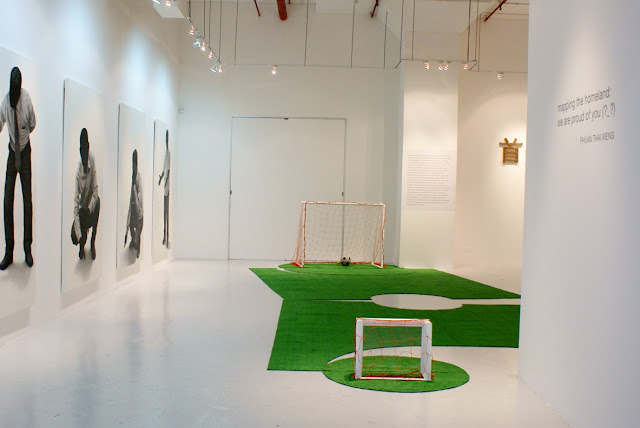 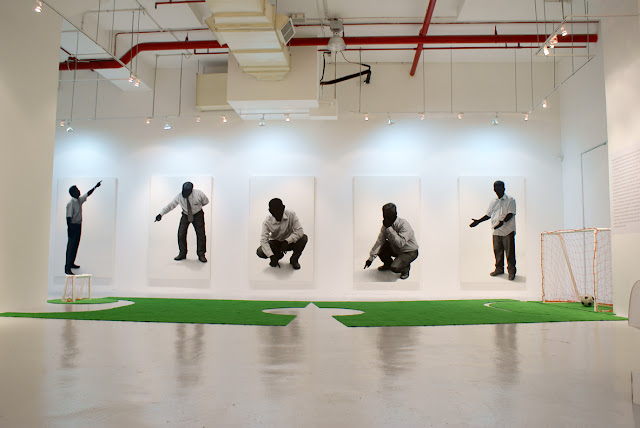 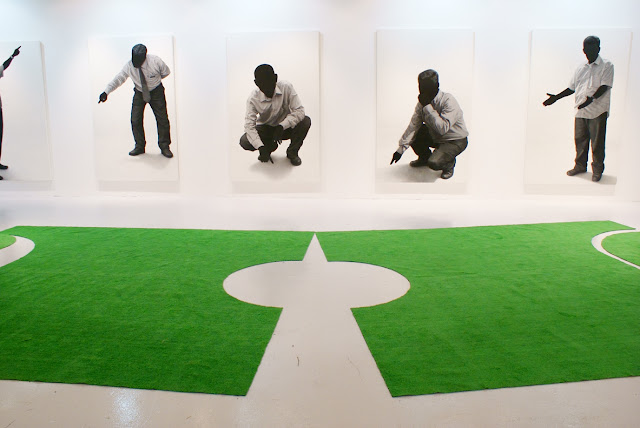 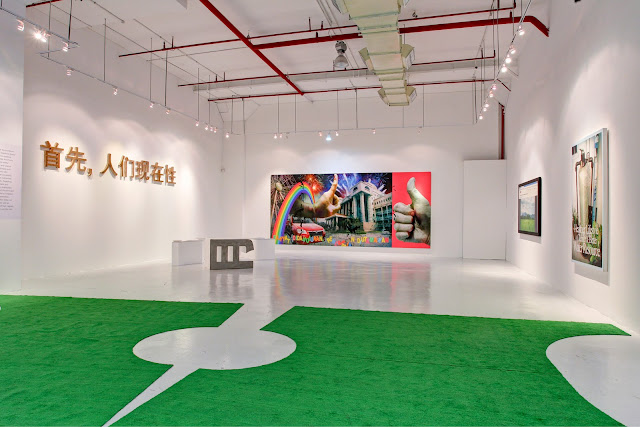 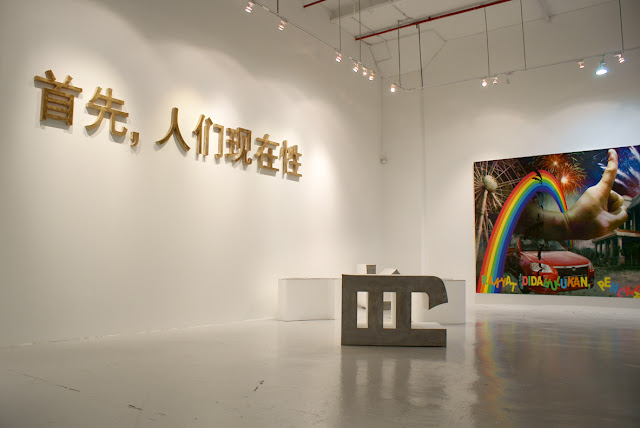 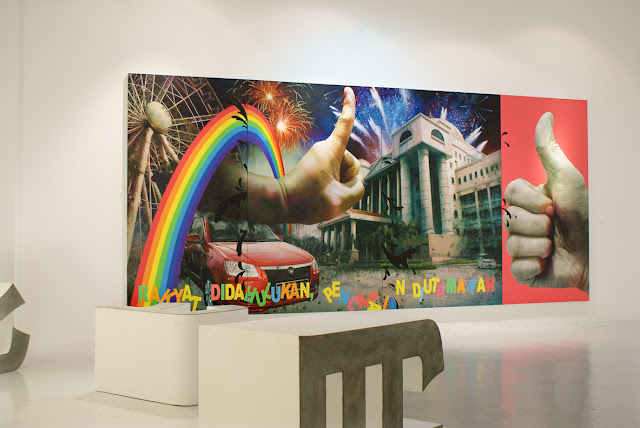 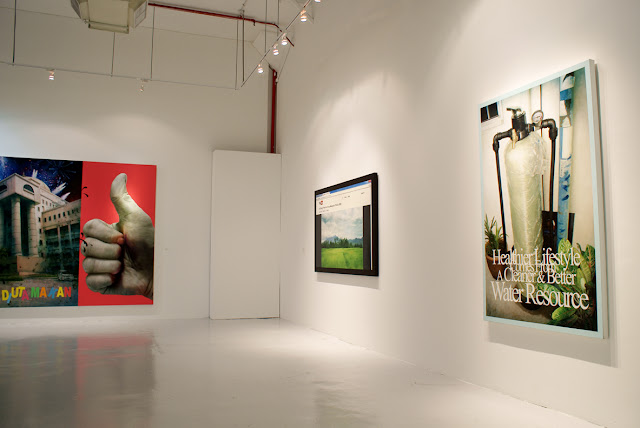 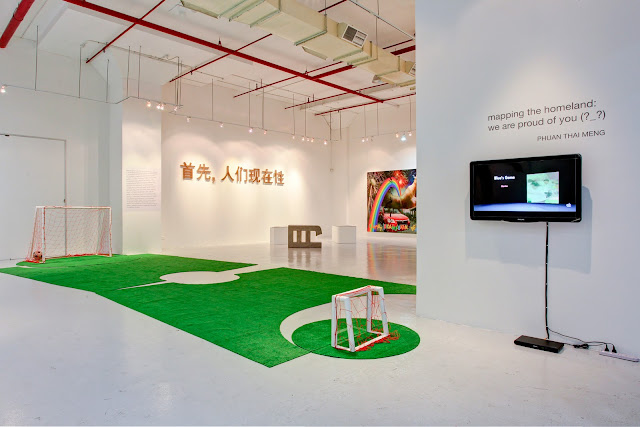 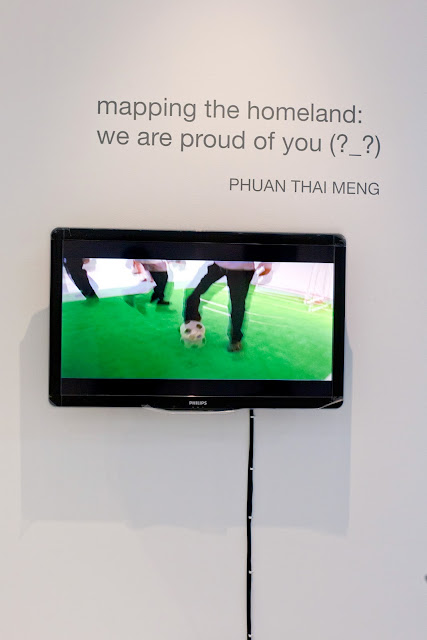 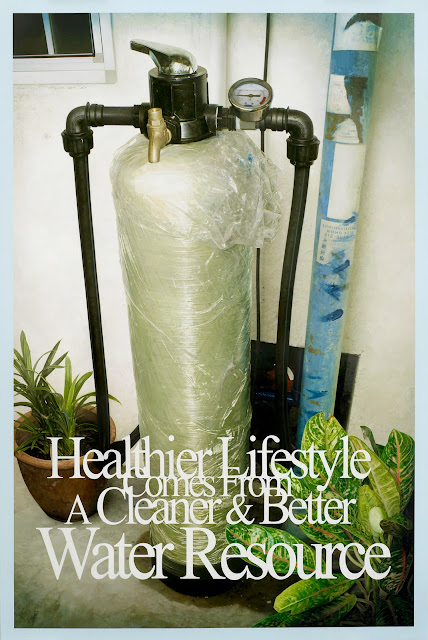 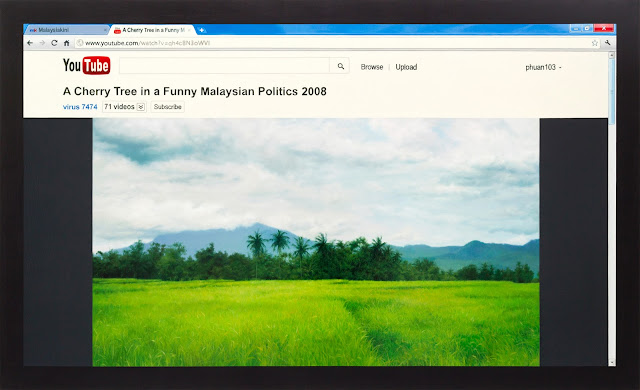 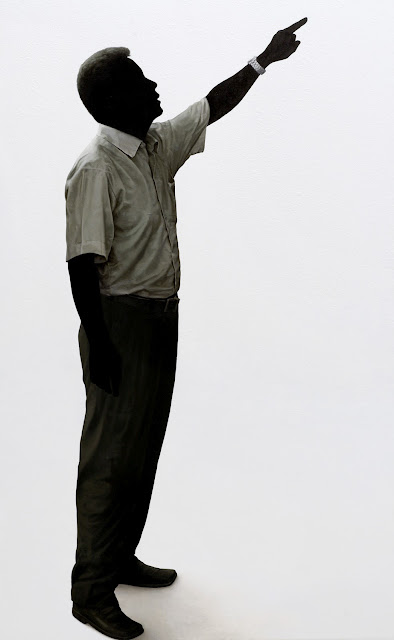 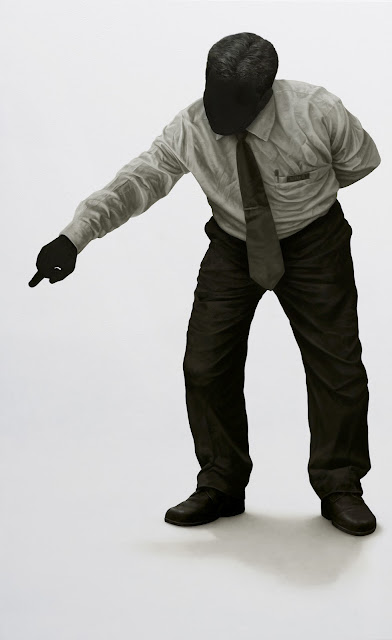 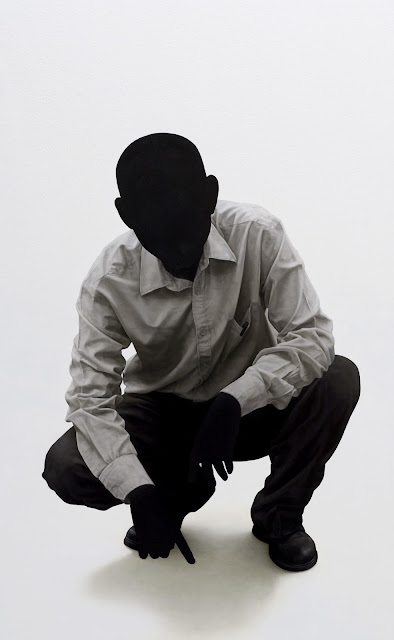 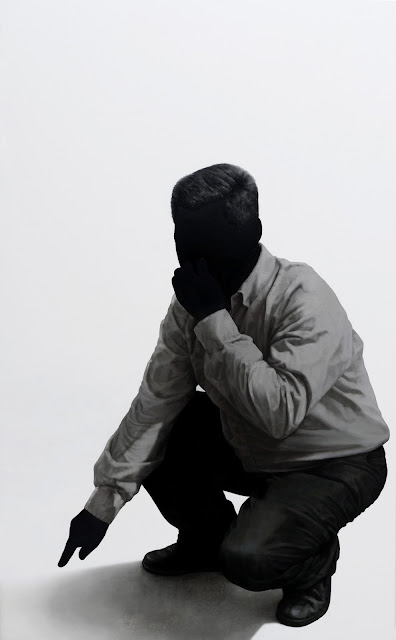 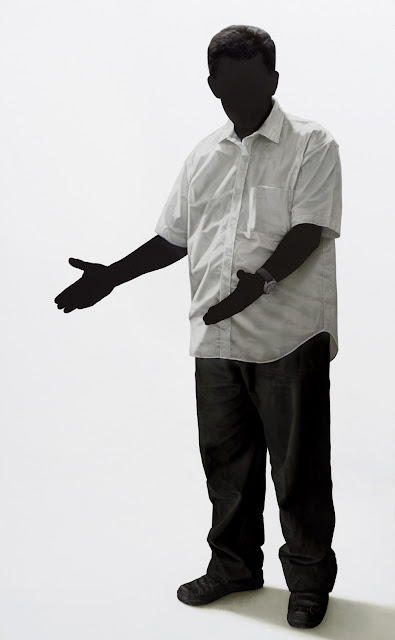 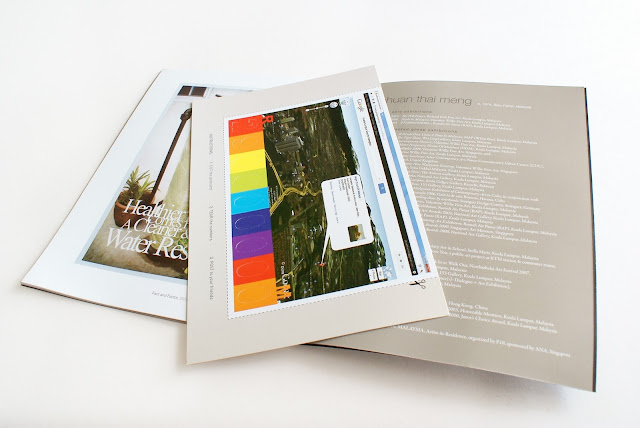 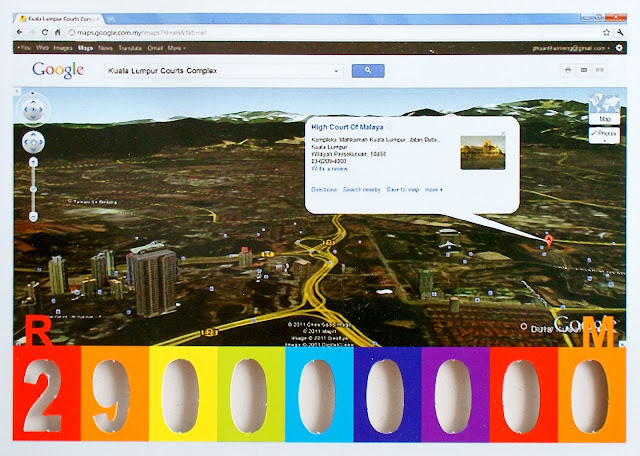 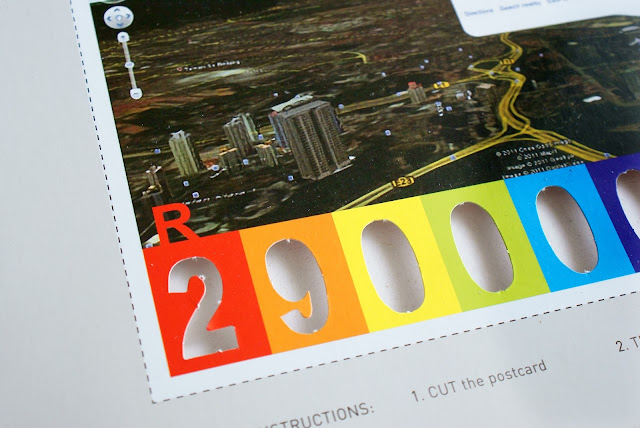 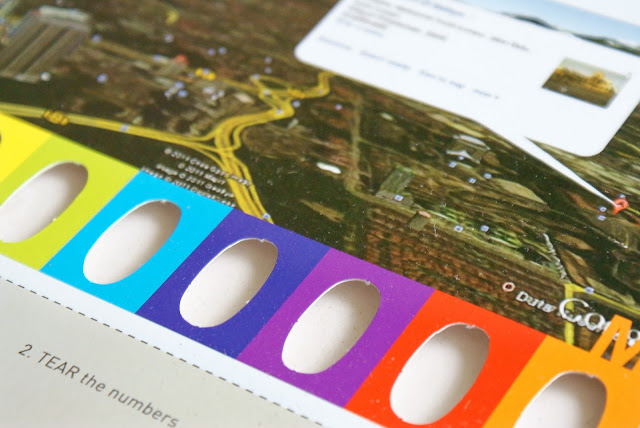 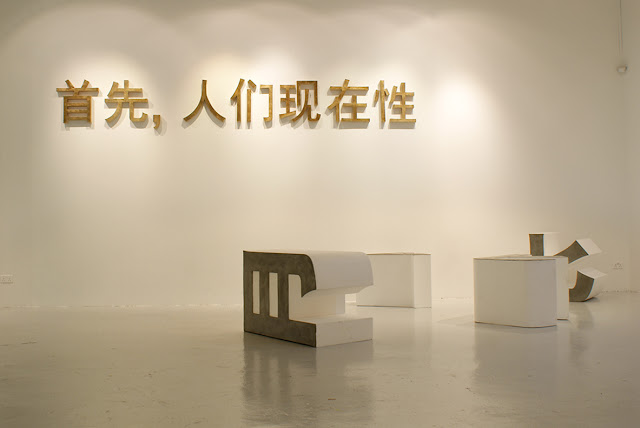 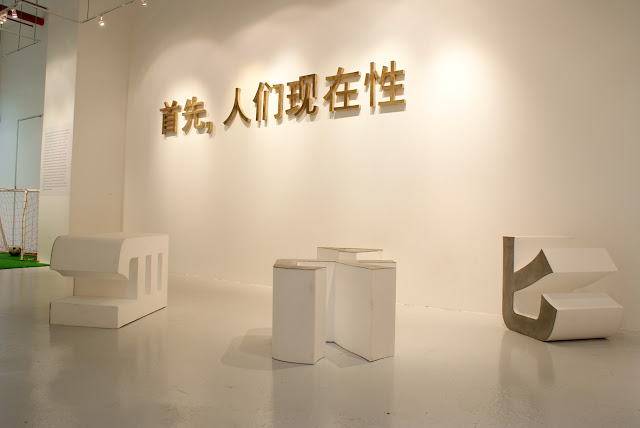 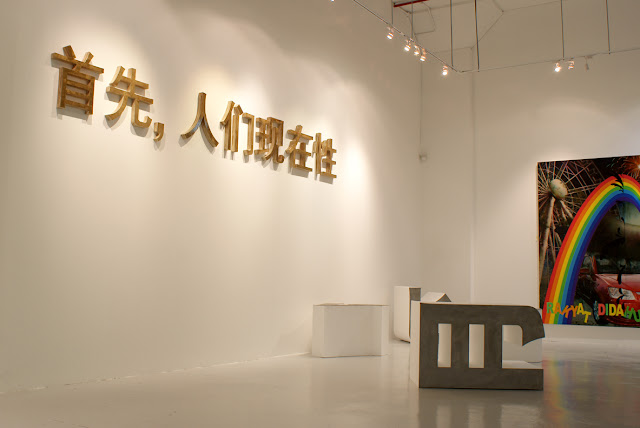 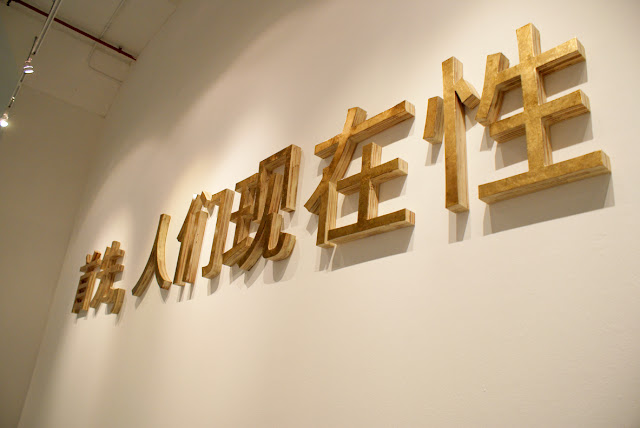 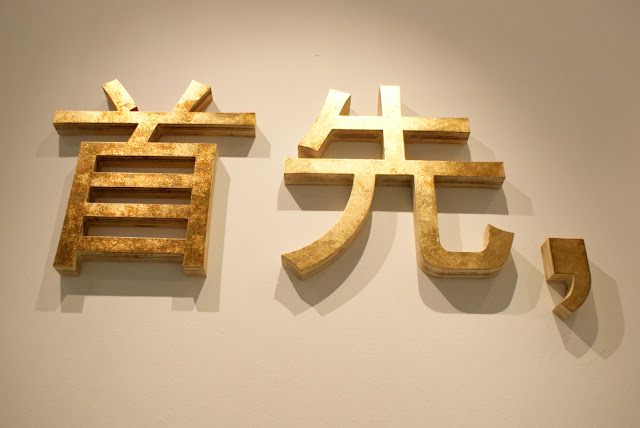 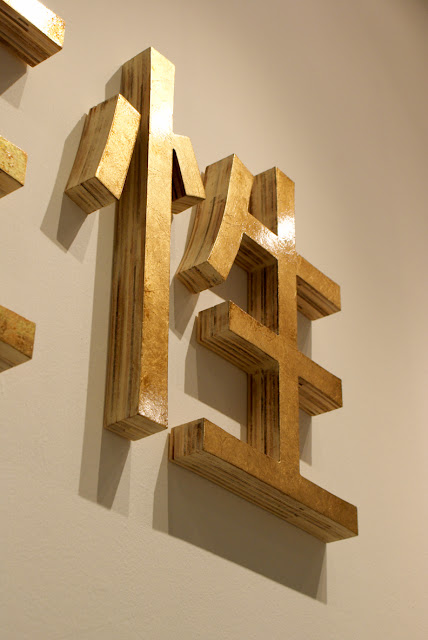 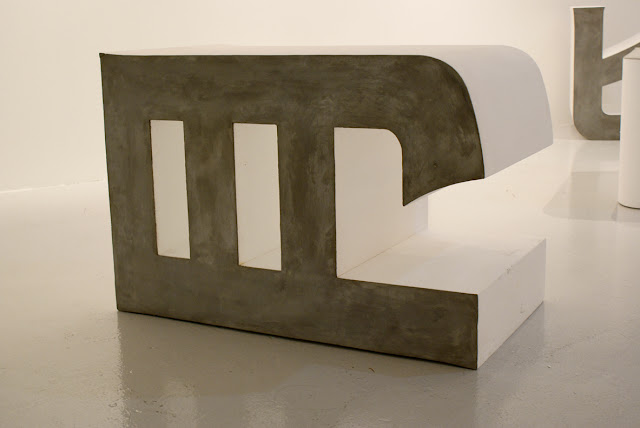 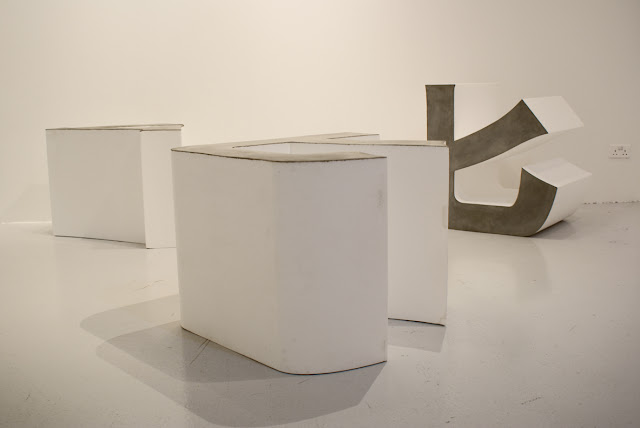 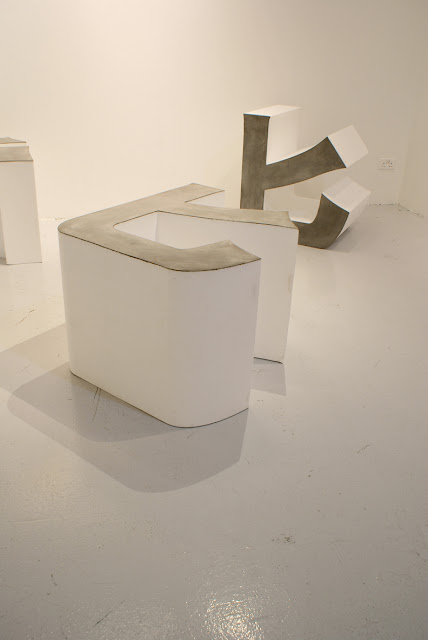 Your Country Needs You
By Eva McGovern

The homeland is a complex idea riddled with contradiction. On one level, it is the point of origin and return that validates cultural identity.  More of an abstract space than a clearly defined reality, it is closely associated with the concept of countries and nationhood, weaving together ethnicity, language, history, politics and culture. As a belief system, it infers a shared sense of belonging and community, of pride and sentimentality. Within geo-political terms, it is the locus of patriotic nationalism in need of preservation and protection from outside threats. However, the homeland/nation is not a fixed concept but as Benedict Anderson states in his seminal text Imagined Communities, a social construct imagined by the people who are part of it, and therefore in a constant state of expansion and contraction around the shifting nature of politics, cultures and economies. Inevitably, human failure by those in governance, also sow the seeds of doubt for this idealistic construct. When politicians mislead their people or when communities dissolve due to economic manipulation, the perception of the homeland or nation becomes bitter sweet and filled with doubt.

Malaysian artist Phuan Thai Meng explores the construct of the homeland and Malaysia through his signature brand of photorealist painting laced with local socio-political commentaries in Mapping the Homeland: We Are Proud of You (?_?). Highly conceptual in nature, his skilful illusions purposefully articulate the artifice and cracks of nationalism propagated by cultural campaigns and political gesturing. Texturing his observations with installation and performance, he reveals the constantly changing game of Malaysian politics whose outcomes sometimes lead to less than glorious results. Rejecting the enduring Malaysian dilemma of race, class and religion Thai Meng instead looks at a more abstracted version of the Malaysian nation and ideas of Government bound by a responsibility towards its people but riddled with weakness and contradiction. For the exhibition, he lifts and translates images from the media: state run newspapers, social marketing campaigns as well as national unity schemes such as the prevalent but vaguely defined 1 Malaysia scheme to develop entry points into the Malaysian condition.

Already established within the Malaysian art world as an artist, educator and founding member of artist collective Rumah Air Panas, Phuan Thai Meng is known for painting an unsettling picture of our contemporary experience. His photorealistic paintings of objects and everyday spaces communicate notions of consumerism, urban decay and the impotence of politics with the Malaysian landscape. Executed over a period of weeks and months, his painstakingly slick, flat and gleaming surfaces are an exhaustive exercise in mimesis. However, audiences are always aware of the mirage, which quickly shifts into a brittle imitation on the verge of collapse. This highly contrived ‘fakeness’ thus serves to put into sharp focus the illusion of politics and the potential failure of the Malaysian dream. By removing all forms of articulated physical gesture and brush stroke, he stretches the potential of painting beyond the personal and romantic connotations of the artist in the studio to produce a searing social commentary on the world around him.

His network of images bring together faceless politicians gesturing during tokenistic publicity appearances for social regeneration campaigns, designed posters for cleaning up water supply systems and monumental billboards that reveal goals of national aspirations and prosperity. Epic in both scale and aesthetic treatment Thai Meng highlights the formulaic nature of these forms of social and political marketing through various media outlets. In this way he echoes Anderson’s belief that community/nation is a result of media communication and capitalism extolling a common but nevertheless imagined discourse for people to put their faith into. His politicians are from all races and lifted from various newspapers such as The Star, New Straits Times and Berita Harian, each with their own political leanings. However stripped of their individuality they morph into the generic official, dressed in dull and inspiring uniforms of white shirts and dark trousers. Categorised into actions, each monochromatic man squats, stoops, stands, spreads their hands or pinch their noses to illustrate hollow gestures of engagement during various publicity outings to lobby support for political parties or show commitment to the needs of various communities. Brought to life during performance on opening night, Thai Meng further develops his critique into a curious game of football. In Blue’s Game, a cast of uniformed officials play the beautiful game as governed by a constantly changing set of rules dictated by the referee. It is a cynical take on the puppets of politics who compete for public popularity. But who benefits from such exercises in the end? Who is controlling who and what of the passive/active spectators/citizens? Where is the pride in the homeland now?

Thai Meng’s curious exhibition title is repeated in We are proud of you (?_?) a large scale four panel work depicting a decaying collage of lesser known Malaysian landmarks bound together by glittering fireworks, kitsch rainbows, and a ominous hand in a thumbs up gesture. Footnoting the painting is the phrase Rakyat Didahulukan Pencapaian Diutmakan (People First Performance Now) a slogan from Malaysian Prime Minister Najib Tun Razak’s 1 Malaysia campaign that began in 2010. Designed to encourage greater racial harmony through a series of marketing strategies and efficient governance, the campaign has received mixed responses. Although 1Malaysia health clinics and grocery stores for lower income groups and NGO’s supporting youth projects in line with the scheme appear positive, a solid defence of their implementation and further clarification has been less than forthcoming. The emoticon at the end of the Thai Meng’s four panel piece and exhibition title, expresses this sense of confusion by the rakyat (people) with the two question marks acting as perplexed eyes reacting to such ambiguity. The Eye on Malaysia Ferris wheel -- relocated from Kuala Lumpur to Melaka and Malaysia’s version of the Singapore Eye -- the locally manufactured Proton car and government building in Putrajaya all conveys a mixture of secondary success and/or decay. The glittering pomp and circumstance erupting around this moulding collage injects an uncomfortable tension heightened by a raw and bruised hand forced to endorse this parody of national success.

So who are the bearers of pride in Thai Meng’s exhibition? Who is the ‘We’ in this menagerie of signs, slogans and images? Constantly preoccupied with community on a grass roots level Thai Meng is often concerned that the public has an incomplete set of knowledge on current political strategies due to a type of government deception/manipulation.  Fact and Factor a hyper realistic depiction of a wrapped water filter poster calling for clean water supplies subtly provokes the monopoly on infrastructure by specific companies who make such basic human needs more difficult. These social problems are compounded by the inability of local government and politicians to improve these situations. This emphasises his belief that no matter the race or political loyalties all politicians are the same, nameless and faceless tokens to a larger game that does not take into account the needs of community as its main priority. In this light, perhaps the ‘We’ is not the Government or the people but the symbolic voice of universal corruption, that pride is not a positive sentiment but a negative vice that leads to avarice and blind progress.

As a whole, Mapping the Homeland: We Are Proud of You (?_?) is more of a mapping of ideology than physical landscapes, Phuan Thai Meng nevertheless creates a visual representation of Malaysia through a series of loaded signs and symbols that reflect his personal vision on the status of the country or homeland. Although his photorealist surfaces are laden with the weight of social commentary importantly, his work is not without humour or light hearted kitsch. Through his use of wry and knowing titles, text and language he presents a Malaysian comedy of errors filled with tragedy and farce that consider the relationship between individual and country.